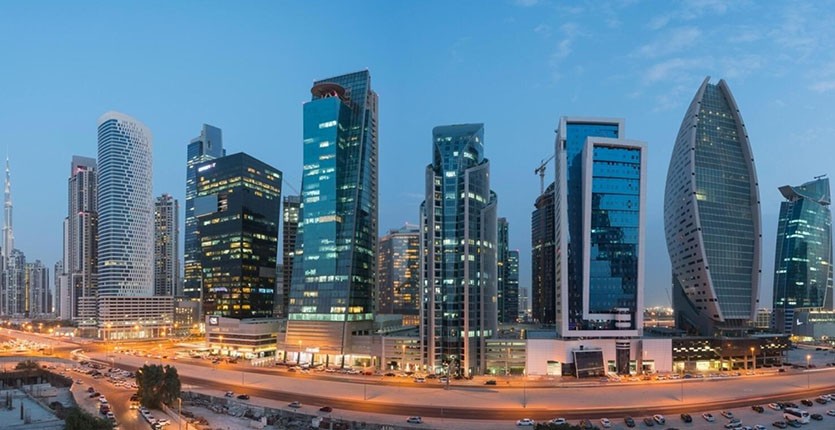 'In the post-Covid landscape, ultra-high net worth buyers have descended on Dubai in very large numbers'

Luxury home prices in Dubai accelerated at the fastest pace among the world’s top 100 cities, growing by more than 44 per cent in 2021, according to Knight Frank’s latest report released on Tuesday.

The real estate consultancy projected that the global luxury housing boom will not run out of steam this year and the rally will continue, led by Dubai, Miami and Zurich.

“The relentless demand from the world’s wealthy has fuelled a spectacular turnaround in the fortunes of Dubai’s residential market, with the decisive handling of Covid-19 by the authorities attracting the attention of global investors. And in the sentiment-driven market, this has helped to spectacularly mark the start of the city’s third property cycle,” said Faisal Durrani, partner and head of Middle East Research of Knight Frank.

Durrani said it’s unlikely the growth of 2021 will be repeated this year, but with such limited prime stock, the top end of the market still has room for growth in 2022.

Andrew Cummings, partner and head of Prime Residential at Knight Frank Middle East, said Dubai’s status at the top of the Prime Price Index is not a surprise.

“In the post-Covid landscape, ultra-high net worth buyers have descended on Dubai in very large numbers and whilst their initial visits have been fuelled by the UAE’s handling of the pandemic, their decision to purchase property in the Emirate has been fuelled by something entirely different. Dubai’s investments in world-class infrastructure, health and education, coupled with the exceptional lifestyle and amenities, from the world’s best restaurants and hotels have helped transform the city into a destination that people want to own a property in,” he said.

“To add to this, at the top end of the market, quality is now the watchword with developers building super-prime properties to cater to the demands of the global elite, who over the last year have shown themselves eager to own a home in Dubai,” Cummings added.

With a price growth of 42 per cent, Moscow came in second place. San Diego, Miami and The Hamptons make up the rest of the top five.

Of the 100 luxury markets tracked, only seven saw prices decline in 2021 and a staggering 35 per cent of locations saw prices increase by 10 per cent or more, underlining the strength of the sellers’ market during the pandemic.

Overall, the Americas were the regional top performer, accounting for six of the top ten rankings and posting average growth of almost 13 per cent. Although Asia-Pacific (7.5 per cent increase) outpaced the EMEA region (7.2 per cent), this was largely driven by Australasia (+12.3 per cent). Asia alone managed a relatively modest rise of 5.5 per cent growth.

“Far from running out steam, this year we will see the luxury housing boom endure. Dubai, Miami and Zurich lead our 2022 forecast, with prime prices expected to end the year between 10 per cent and 12 per cent higher. Asian cities are expected to trail slightly, but even here, prices will grow,” said Liam Bailey, global head of research at Knight Frank.

All price changes are in local currency: 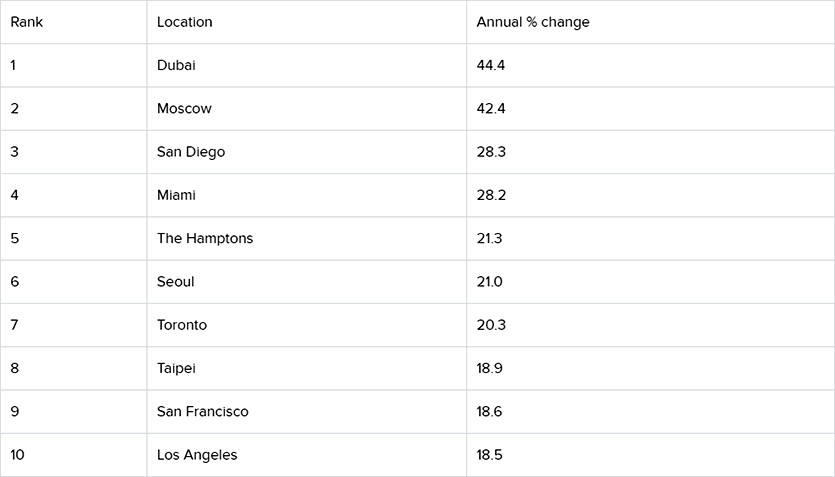