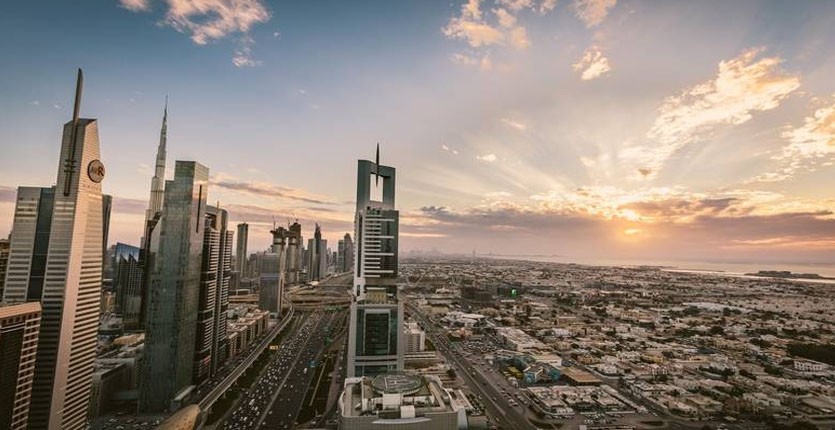 Investors across the globe flock to invest in Dubai real estate sector this year as the government introduced various visa reforms and successfully managed the Covid-19 pandemic through a well-planned vaccination drive, experts say.

Leading developers and industry stakeholders said property prices picked up pace during the third quarter as investors especially from India and Pakistan poured money into the emirate’s real estate market following resumption of flights in August and ease of travel restrictions ahead of Expo 2020.

“The Dubai real estate sector gained momentum during the July-September quarter as investors from subcontinent returned to the market. Some long-term residents, who secured golden visa and silver visa, also preferred to own a property rather continued as a rental tenant,” they said.

Industry insiders said subcontinent investors injected almost one-third of the total investment in Dubai’s real estate sector during the first three quarters of this year as they consider the emirate a safer destination for their investments..

Atif Rahman, an industry stakeholder, said that the real estate market in Dubai has been a magnet for all investors around the globe.

“While many markets were merely trying to survive the pandemic, Dubai has proved once again that it’s way ahead, whereby investors have been racing over investments in this city. The number of Indian and Pakistani investors, however, would surely be on the top, as they are the highest population here,” said the director and partner of Danube Properties.

He said that the close proximity, geographic positioning and the welcoming nature of the Emiratis have encouraged Indians and Pakistanis to choose Dubai as their home.

“It gives them the flavour of their culture in a sophisticated manner with global lifestyle standards. Although, we have customers from over 103 nationalities, over 40 per cent of our sales at Danube Properties come from these two nationalities,” Atif Rahman told KhaleejTimes.

Imran Farooq, CEO, Samana Developers, said Indian and Pakistani investors in Dubai real estate always remain among the top five buyers list as they considered the UAE their second home. He said August 2021 saw a similar trend and is expected to follow the same as the real estate activity picks up in the coming months.

“Soon after the UAE easing the travel restrictions amidst Covid-19, and a very well-organised country-wide Covid-19 vaccination drive has built investors’ confidence and Dubai robust property transaction activity in the current month,” he said.

He said Indian and Pakistani investors stand somewhere 20 per cent to 30 per cent in Dubai real estate while the remaining is from all other nationalities.

“In addition, Expo 2020 momentum and Dubai’s attractiveness as a top tourist destination are factored among the top trends in the current buying spree,” Farooq said.

Despite the pandemic challenges, he said Samana Developers remained resilient and continued its construction activity with the most efficient project management. Therefore, it received overwhelming confidence from the investors, especially from South Asia.

“Currently, 15 per cent to 20 per cent of Samana Developers’ residential units are owned by Indian and Pakistani investors. It is due to the fact that both countries have their highest expatriate diasporas and living in Dubai for a long period,” he said.

“In addition, both countries have deep-rooted bilateral relations with the UAE and both communities make UAE their second home,” he added.

Azizi Developments, a leading private developer in the UAE, has reported a surge in the number of Indian and Pakistani buyers since the flights to the two countries were resumed on August 7.

The rise in sales to Indian nationals has been registered at more than 25 per cent, while sales to investors from Pakistan have increased by over 30 per cent in August, compared to the previous month.

The most popular developments among Indian and Pakistani nationals were Riviera, Al Furjan, Aliyah and Mina.

Farhad Azizi, chief executive officer at Azizi Developments, said the UAE has become an example of efficient response to the pandemic and “we are proud to call it our home”.

“Since the beginning of the Covid-19 outbreak, the UAE’s response has been nothing but an example of efficiency, a lesson to all in crisis management – this confidence is being reciprocated and the recent surge in the number of buyers from India and Pakistan are a reiteration of this fact,” he said.

“The surge also reflects how well we, as a developer and as a nation, have done in catering to investor’s needs. We are now looking forward to a successful and lucrative future for all of our stakeholders,” Azizi said.

Mirwais Azizi, founder and chairman of Azizi Developments, said Dubai’s awe-inspiring, stable, and growth-inclined real estate landscape has always been a magnet for people from India and Pakistan, and the recent resumption of flights has given further impetus to this trend.

“The UAE has now vaccinated more than 75.7 per cent of its population — per capita, the country is now the most vaccinated country in the world. The surge in sales reflects the confidence the UAE oozes as a country and the quality of product we offer as a developer,” he said.

Azizi Developments has delivered thousands of residential and commercial units to local and international investors and end users of over 100 nationalities. It currently has approximately 100 ongoing projects that are to be delivered between 2020 and 2023 while another 100+ projects worth several billion US dollars are in planning stage and will be delivered between 2023 and 2025 in MBR City, Palm Jumeirah, Dubai Healthcare City, Al Furjan, Studio City, Sports City and Downtown Jebel Ali.